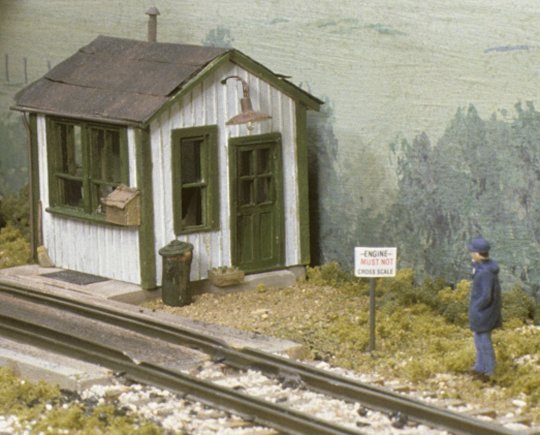 Rocky Mountain Fuel Co. requires the C & S Ry. to weigh loaded hoppers from nearby mines on the company scale at the end of Louisville siding. Note the warning to locomotive engineers.

What, When & Where to Weigh

Weight is the basis for railroad shipping charges — all loads not covered by special contracts or tariffs must be weighed. Newly loaded cars are weighed as close as possible to their loading point, either by the shipper or by the originating railroad. Some receiving customers, especially facilities such as port terminals, also weigh incoming deliveries.

From your above answers you should now be able to list:

How to Weigh: Static vs. Weigh-in-Motion

Prototype track scales are designed for either static or weigh-in-motion (WIM) weighing:

Decide which method is more appropriate for your railroad and document your road's procedures for your operating crews. The May 2009 issue of Model Railroader article describes weighing cars on a model railroad in detail.

The WeighStation™ Track Scale supports both static and WIM weighing.

< Back: IntroductionNext: Working with Weights >